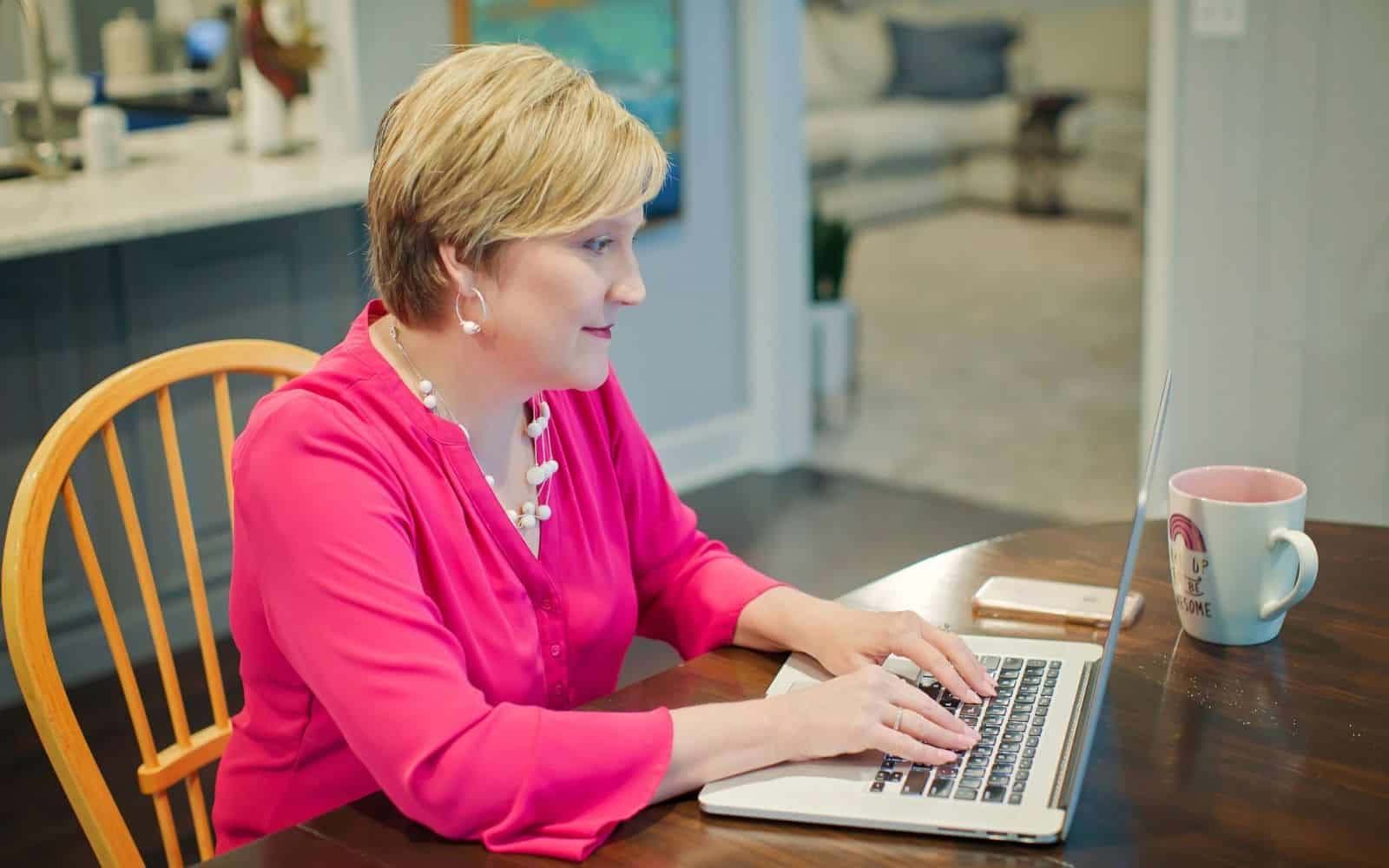 This post may contain affiliate links. That means if you click and buy, I may receive a small commission (at zero cost to you). Please see my full disclosure policy for details.

Love this article? Spread the word! 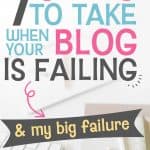 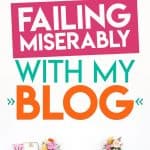 Blog failure is scary, but that does not mean it is the end. Read how my blog failure has allowed me to become even more successful.

No one wants to fail.  It is embarrassing, and honestly, it does not feel good. But, sometimes, failure is just what you need to have happened to be successful.

Struggling to know what to focus on with your blog?

What to focus on, and the mistakes to avoid making, to turn your blog from a hobby into a business.

Where should I send the FREE Focus Strategies Guide?

WHY FAILING IS NOT ALWAYS A BAD THING

In 2009, I started PennyPinchinMom.com.  Within a few years, I was making an excellent income. I had several assistants and did not have to worry about revenue.  My income level had reached five figures every month, without too much effort. I was loving life!!!!

Then, the unthinkable happened.  It changed.

First, one of my affiliate partners dropped a bombshell on me.  I received an email that told me they were cutting my affiliate rates by more than half.  Instantly, my income dropped by more than 50%!  Imagine that happening to you in the blink of an eye. It doesn’t feel good.

And, just when I did not think it could get worse, it did.

I was a coupon blogger, and store policies were changing.  Coupon prints and usage were going down.  Interest in using coupons everywhere was starting to wane.

Not only that, but social media algorithm changes meant that fewer people saw my posts.  As a result, traffic to the site was down.  That meant my already reduced affiliate income decreased, as did my ad network earnings.

By the time all was said and done, my income dropped by nearly 75%.   All this happened within a month.  I was sick and was not sure what I was going to do.

All these changes caused me a lot of stress. I developed hives and ended up losing a lot of sleep. How in the world was I going to continue to make it all work? I had no idea. But, being an entrepreneur, I knew for sure that quitting was not an option.

The first thing I did was analyze my expenses. I had to scale back.  That lead to me having to do something I hated.

I had to let one of my assistants go.  It was the worst feeling in the world.  The fact that I had to put someone out of work just sickened me.  But I had no choice.

That helped somewhat, but money was still tight.  For the next three months, I worked without pay. I made sure that I covered my expenses.  There was no way I could run the site alone, so I knew I could not get rid of any of my other assistants.

I was making ends meet but knew there was no way I could continue this way long term.  I was going to need to make some big changes.  And they would need to happen sooner than later.

The changes I made that worked

Once I had the income situation under control, I knew I had to find a way to bring that income back up again, or I would be forced to make more employment cus and I knew that was not an option.

I made a list of what could bring more traffic and revenue into my site and what I was doing that hurt my bottom line.  The process involved me doing a few things:

First, I analyzed my site to ensure that the topics that generated the most traffic were visible and easily accessible.  That led me to a realization.  The site needed a redesign.

The look was dated, and the flow and feel were not as user-friendly as they could be.  The site needed to be cleaned up to improve not only the look but also the flow. I knew a slow and messy site would hurt not only traffic but also my revenue.

It cost me money, but it was a necessary expense. I looked at this as an investment back into my business that I was trying to rebuild.

Once I did that, I looked at the content itself. I wanted to make sure that what I was putting out there was what people wanted to read. That led to cutting back on some posts I was paying for.  They were not generating enough income to warrant the expense.

I also had to look at my business plan.  The model I had been following for years was no longer working. I had focused so much on one source of income that I had not put enough effort into other options.  This meant I had to find more ways to diversify my income.

I did a lot of research and reading.  That led me to follow successful people within my niche and took note of what they were doing.  I came up with new ideas and even a new passion (this site).

During the process, I figured out that I had a lot of knowledge to share. I found new partners who wanted to work with me on sponsored posts. I created a course to help my readers get out of debt.  I got busy creating courses, printables, and books! I launched my coaching and audit business.

Everything I did was a challenge because it forced me to step outside of my comfort zone. Had I not failed, I’d never have pushed myself to try these new ventures and revenue streams. In my failure, I found success.  However, best of all, I found the person I was supposed to be.

It took some time, but I was almost back to the same income level within a year.  I had done it!!  I’d turned the negative into something positive.

WHAT TO DO WHEN YOU FAIL AT BLOGGING

For me, failure is now leading me towards greater success—more success than I had dreamed possible. Had I not failed, I would have never had a chance to grow and challenge myself.  I am doing things I never thought I would.  My greatest success has been my failure.

If you find yourself in this same situation, please don’t quit.  When facing failure, here are the things you must do:

1. Make lists of what is working and what is not

Before you make any drastic changes, you should know what works and what doesn’t.  Create two lists:  one you should continue doing as it makes you money and what you need to stop.

Focus on what is working and be willing to let go of what is not.  Even a temporary setback will set you up for long-term success. It is scary at that moment, but it is the right thing to do.

If you are finding failure, get inspiration from those who are successful.  There is a saying that if you want to be rich, have rich friends.

3. Allow your failures to push you to new limits

When you fail, it means you were willing to try something new.  You were stepping out of your comfort zone and gave a new venture a shot.

4. Only focus on what you can control

When failure strikes, take a look at what happened.  What is out of your control, and what can you change?  Focus on what you can do and not the things over which you have no say.

For me, I could not control that one of my partners wanted to drop my income. Instead, I focused on ways I could make more money. I brainstormed new ideas that led me down a path that has resulted in even greater success.

No matter how horrible it seems at that moment, don’t quit.  You probably have had more success than you realize.

Yes, it may mean making a few changes in what you are doing, but that doesn’t mean you should stop completely. Do. Not. Quit.

Just because something you tried failed, it does not mean you are a failure. It just means that this venture did not work, and you need to move onto something new.

7. I am going to be stronger

“That which does not kill us makes us stronger.”  I know that this is so cliche, but there is so much truth in it.  Failure is a chance to learn and find resolve and new determination you may not have otherwise known.

Failure is not the end. Not if you don’t allow it to be.  Instead, look at failure as a push in a new direction. Yes, it will be uncomfortable when it happens, but just look ahead and imagine where that failure may lead.  You might be pleasantly surprised.

Struggling to know what to focus on with your blog?

What to focus on, and the mistakes to avoid making, to turn your blog from a hobby into a business.

Where should I send the FREE Focus Strategies Guide?

Love this article? Spread the word!

Tracie Fobes started her first blog in 2009 & sold it for over 6-figures 10 years later! Now, she's on a mission to show others how to make a steady income from blogging too. 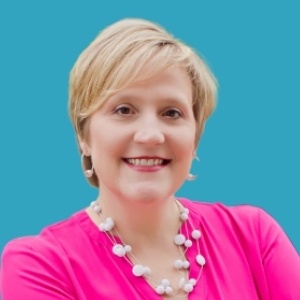 I started my first blog in 2009 & sold it for over 6-figures 10 years later! Now, I'm on a mission to show others how to make a steady income from blogging too. 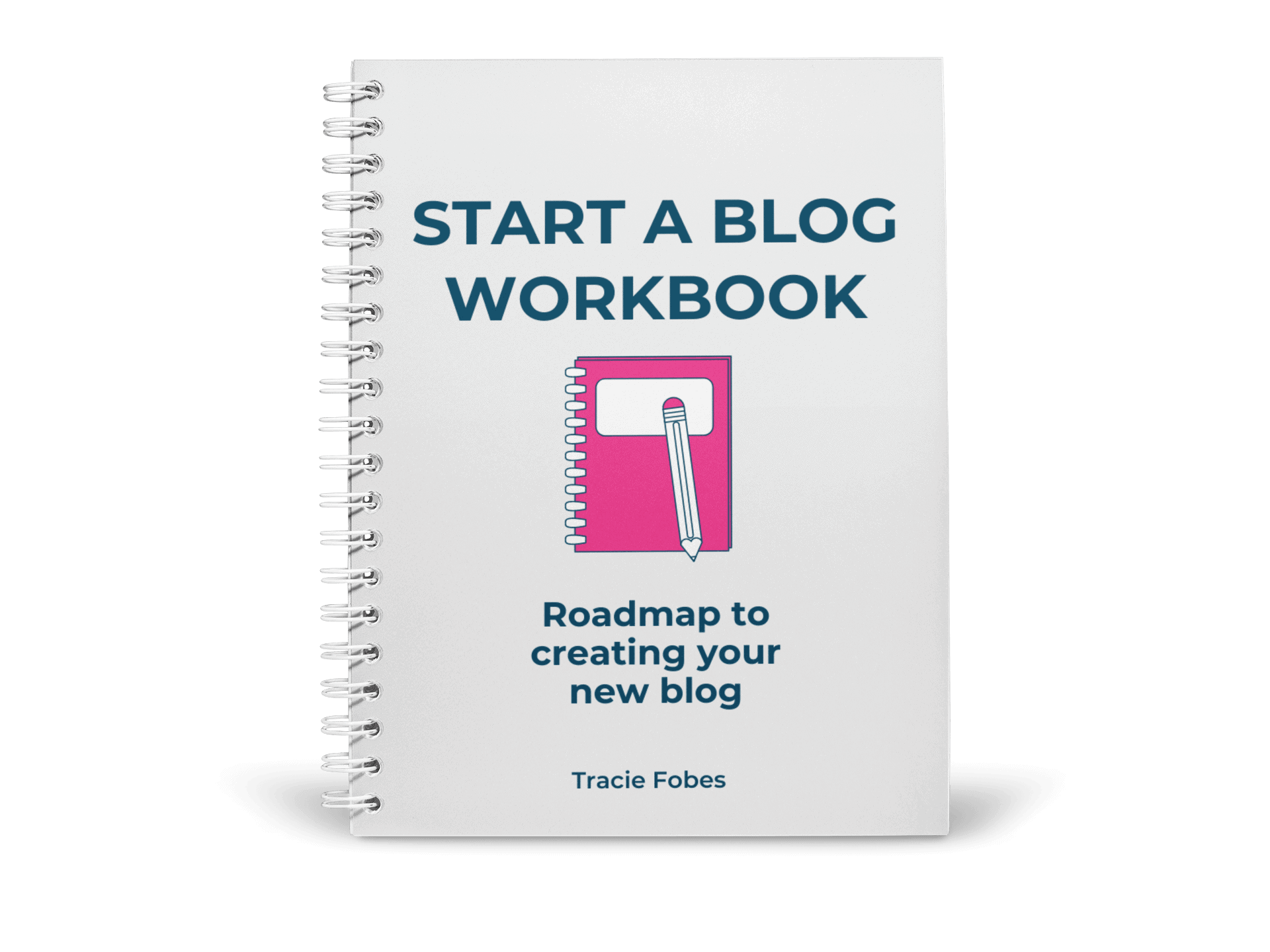 Where should I send your checklist?

Enter your name + best email address and I'll send it directly to your inbox!